Should you upgrade to Windows 10?

I’ve upgraded about 30 computers from both Windows 7 and Windows 8 to Windows 10. I’ve had two issues one older laptop running windows 7 didn’t have video drivers for windows 10 or windows 8 for that matter the second issue was someone who I had suggested upgrade and then ran into issues with a specific piece of software that she used. In both cases the roll back feature worked flawlessly. I highly recommend EVERYONE running windows 8 upgrade to Windows 10, if youre using Windows 7 your computer is probably more than 3-4 years old and you might just want to hang on and save your pennies for a newer one. If your computer is over 5 years old running windows 7 or not I would just say DON’T you really need to consider new hardware.

Overall the experience with Windows 10 has been excellent and I do recommend it to anyone that wants to give it a try.

I dont have one of these phones but I would love to try out Windows 10 on a phone. check out this article about Windows 10 at Tomshardware

You can get cheap batteries all over the place, some are junk even when you pay big bucks, I have a new site www.laptopbatterypro.com we sell just DENAQ Laptop, and Camera Batteries, these are knockoffs, but they are equal to any brand in quality and life expectancy. They carry a full 1 year replacement warranty. Check it out Dell, HP, SONY, LENOVO, ACER, pretty much any LAPTOP battery you might need

I came across this app on the Android Market and I just had to make a post because while I am not a great fan of the glitchy software is Quickbooks from Intuit I think they have an amazing FREE application for individuals who have the need to collect payments from credit cards. I have signed up and have the FREE bluetooth card reader in my hands. It doesn’t get much simpler or better than this. For the grand total of Zero Dollars I have a software application on my Droid X that and a bluetooth card reader that I can use anywhere with a Verizon Wireless Signal to collect payments by credit card. Of course there are transaction fees for using a credit card but its a small price to pay to get the $$ from your customers right now! I suggest everyone with a smart phone check this out, you have nothing to loose.

Well its been awhile since I posted on my website here but I just wanted to take a minute and tell you that I bought a Motorola Droid X back in December and this thing is amazing. I have used some other people’s iphone’s so I can speak with experience that the Droid is a pretty amazing piece of technology. The iphone is amazing as well, Apple has the lead with the number and quality of apps, but seriously how many fricken aps does one person need anyhow, I think its all a little over the top. Once you have Red Laser, I-nigma, Sound Hound, Angry Birds and a few other applications the rest is just gravy. I really like the DroidX, Motorola could have done a little better job on the UI, but who cares its an Android you can change everything. I have been using the launcher Go Launcher Ex and the Android 2.3 gingerbread keyboard. I tried every other launcher available and most of them are a little twichy, Go Launcher has at least on my Droid X been super fast and very reliable. The other thing I replaced on the Droid X was the Email Client, I use Microsoft Exchange and I have found Touchdown to be an amazing application well worth every bit of the $20 that they charge for the app. Some of the original Droid X users were given Touchdown because out of the box the DroidX was really poor with Exchange Motorola is now of the opinion that their 2.2 update that came in Nov or Dec I dont know which fixed Microsoft Exchange Support. Well I beg to differ, I have 3 of them in our office and they all had their own weird issues most of which are related to contact sync issues. I think everyone should have an Android Phone Droid X is my favorite and I have tried them all.

To Android or not to Android?

I have been a Windows mobile user for years, I think it is a great mobile device but has been eclipsed by the cool factor going with the IPHONE and the Android phones. My Samsung Omnia running Windows Mobile 6.1 is a touch screen phone that can run hundreds of thousands of applications available on the internet, Apple would like you to believe that the Iphone invented the Smartphone but the truth is that the Windows Phones and Blackberries have been around much longer, and are much more suitable for business applications. With the Addition of Android phones it makes it more difficult then ever to make a decision on a mobile device. I personally think that the Android is the best phone going, sure Apple still has a little better app store, but the open source nature of the Android platform has endless opportunity for growth. Although I do not have an Android phone yet (due to the contract limitations from my friends at Verizion) I have two employees who are running Android phones and I think they are simply amazing devices. Both are Verizon Wireless, while At&T would like you to think they have better coverage then Verizon that definitely isn’t the case in our part of the world. I have experienced both the HTC Droid Eris, and more recently the Droid Incredible, that phone is Incredible in every sense of the word, its FAST, has great features; Gps, facebook, google, and so on, tons of storage, and is simple to operate (for those of us blessed with the technology gene). I will say that this device would make my Mother and my Father go insane, and me as a side-effect, but that is the same for the Windows Phones and the Iphones. I still dont know if I will end up with an Android phone as Microsoft is set to release their new Windows Phones around the same time that my contract is up with my Omnia, but if I was to choose today between an Iphone or a phone like the Droid Incredible, I would definitely pick the incredible, and you should too.

Should you get an IPAD?

I have recently had a little experience with an IPAD, dont get me wrong this is a very cool device for viewing email, browsing the internet, and watching movies, but its use is limited for use as a business tool. I was surprised recently to see someone trying to print from an IPAD. I thought, hey no problem I will figure that out for you. Little did I know its not feasible at this point. While there are certain applications that allow you to print things like pictures to a limited number of printers, there really is not any way to print from an ipad, the recommended solution seems to be to sync it with your mac, and print from there, while that gets the job done, it definitely isn’t the most productive way to print. That said its obvious that the Apple monster is has and will continue to sell millions of these cute little devices, but in reality its nothing more then an overgrown IPHONE. Having used both briefly I think the Iphone is just as useful as the ipad, but there are always exceptions!

for more information about the ipad, please check out these links at one of my favorite sites for reviews of tech toys.

My son Seth and I went down to Salamanca today to see the aftermath of the Fire in Salamanca, NY. This fire absolutely destroyed the almost 100 year old 6 acre complex that was most recently the Philidelphia Furniture factory.  Adding insult to injury Luminite a company specializing in Laser engraving and employer to what I hear was more thn 30 people, was also destroyed in the tradgedy when the fire jumped the road, our hearts go out to all the families whos lives will be impacted by this sensless act of arson by a few obviously irrisponsible and out of control teenagers.

Here are some photos that I took of the results of the disaster.  The Salamanca Fire department will have to be on sceene for several more days as the building will likely smolder and have hot spots for many days to come.  Yesterday while the fire was out of control,  every fire company in Cattaragus county had been called to this blaze,  the factory was huge and 4 stories high. 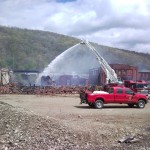 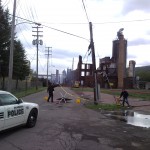 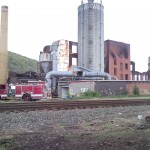 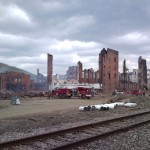 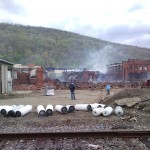 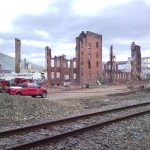 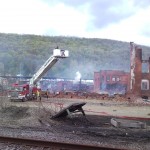 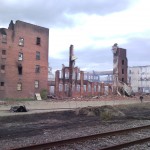 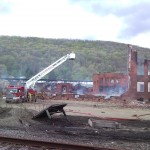 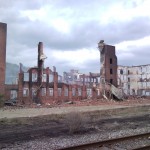 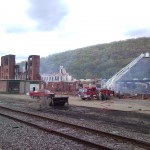 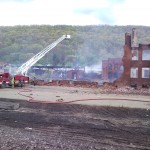 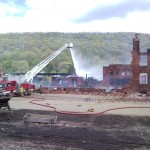 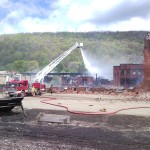 Toolsource.com based in Ellicottville, NY is in my opinion the best place to buy any Automotive tools and equipment. Toolsource has over 25,000 products listed on their website, and has access to over 60,000 tools parts and accessories in their primary warehouse based in Central Pennsylvania. Toolsource has partnered with many other distributors and manufacturers of tools and equipment across the United States, odds are if you need a tool, ToolSource can get it for you. I might be just a little biased because because well, its my job and I spend a lot of my life there, but I thought you should know about it and take a few minutes to check it out for yourself. www.toolsource.com